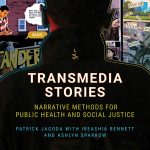 We are proud to announce the publication of Patrick Jagoda, Ireashia Bennett, and Ashlyn Sparrow’s Transmedia Stories: Narrative Methods for Public Health and Social Justice. Transmedia Stories is an experiment in multimedia publication and collaboration that explores storytelling-based research methods. With the growth of digital media, narrative is now conveyed through a range of new
Read More 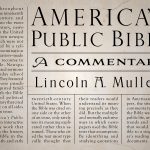 Please join us in celebrating the release of Lincoln A. Mullen’s America’s Public Bible: A Commentary. Throughout the nineteenth century and into the twentieth century, newspapers in the United States—even newspapers which were not published by a religious denomination or organization—made frequent recourse to the Bible. Newspapers printed sermons and Sunday school lessons. They featured
Read More 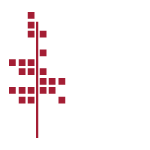 December 31, 2022 will mark the end of the eighth year of Stanford University Press’s nine-year digital publishing initiative, funded by the Andrew W. Mellon Foundation. With one year to wrap things up, it seems an appropriate moment to begin reflecting on our achievements. This program of born-digital publishing projects, initially christened Interactive Scholarly Works
Read More 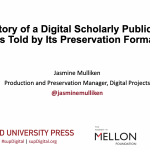 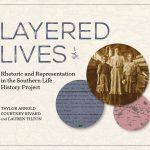 We are thrilled to announce the release of our newest publication: Taylor Arnold, Courtney Rivard and Lauren Tilton’s Layered Lives: Rhetoric and Representation in the Southern Life Histories Project. The Southern Life History Project, a Federal Writers’ Project initiative, put unemployed writers to work during the Great Depression by capturing the stories of everyday people
Read More 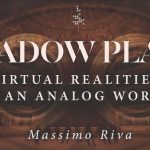